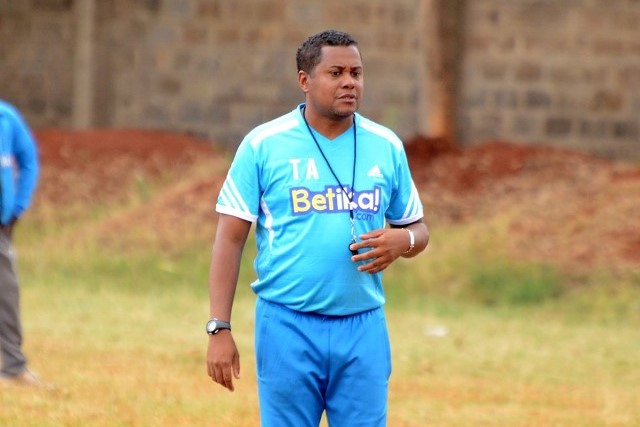 Sofapaka FC head coach Divaldo Alves has admitted it will be a tough duel when his side takes on 11-time champions Tusker FC in Machakos on Saturday. The tactician has warned his boys they need to be at their best to contain the brewers and pick their second win of the season.

“I know they are a tough team, very strong and they like to play in transition with long passes straight to the striker. Sometimes they make very long diagonal passes and we need to deal with them. We are ready for the game and I am hoping for positives,” coach Alves stated.

The two sides met during a pre-season friendly match in Ruaraka with Tusker winning 2-0, but the tactician expects a different ball game when they meet in a league fixture.

Both sides are coming off wins with Tusker having beaten Zoo Kericho 2-1 while Sofapaka picked up a healthy 4-0 win over Chemelil Sugar in Narok. Coach Alves hopes that the momentum will continue against Tusker.

“The motivation of the players is very good and they are willing to remain on the winning track. I believe in the next matches we will see beautiful things from them. We are understanding each other and I am proud to have such a good team with good fighting spirit like a family,”

“Of course I am not happy because I want to win all the games but up to now the results are fair enough. We need to find more wins t keep going,” he said.

Since 2009, Tusker and Sofapaka have met 22 times in the league with Sofapaka having the upper hand with nine wins and four losses, the rest ending up in draws. Last season, Tusker won the first leg 3-2 while the second leg ended in a 2-2 draw.