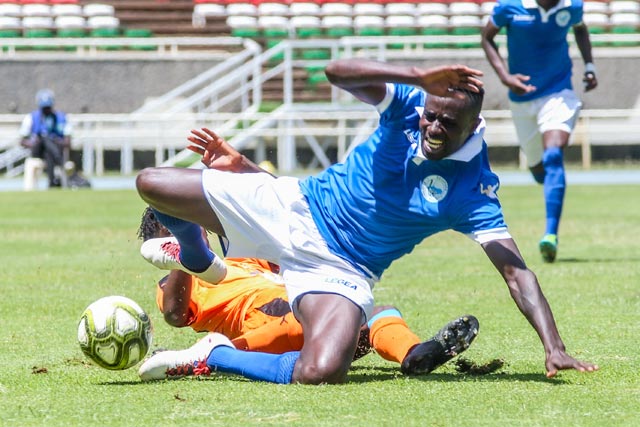 Nairobi City Stars came from a goal down to pick up maximum points in a 2-1 win over Sofapaka.

In a match staged at Kasarani Stadium, Batoto Ba Mungu grabbed an early goal in the opening twenty minutes of the tie. The Congolese striker made no mistakes from the spot, putting the ball past Jacob Osano.

Five minutes later, the visitors made a quick response from the spot after David Nshimirimana had handled the ball in the penalty area. Ezekiel Odera stepped up and made amends to restore parity for the visitors.

At the half-hour mark, Maloba came close to giving the visitors the lead, picking out a well-calculated through ball by Kevin Kimani, but the midfielder hurriedly took his shot, which went wide.

At the stroke of halftime, Ambrose Sifuna had a perfect chance to give us the lead at the breather, but the midfielder’s chip failed to beat Osano Jacob, who was rightly placed as the two teams went in for the break tied.

On resumption, City Stars were the more lively side and came close to scoring the second through Clinton Ouma, but keeper Omondi correctly judged his attempt.

At the hour mark, substitute Ben Stanely, in his first contribution, laid in a pin-point cross to David Nshimiriman, but Osano had to stretch wide to make an important save.

Twenty minutes from time, Ben Stanley had a fierce shot to trouble Osano Jacob, but Calvin Maswa dashed to make a long clearance for safety.

Five minutes later, the visitors finally found the back of the net through Andrew Kisili to take the lead in the game.

Against the run of play, Sofapaka threw bodies forward in quest for an equalizer, but the visitors remained resolute to collect their first win of the season.