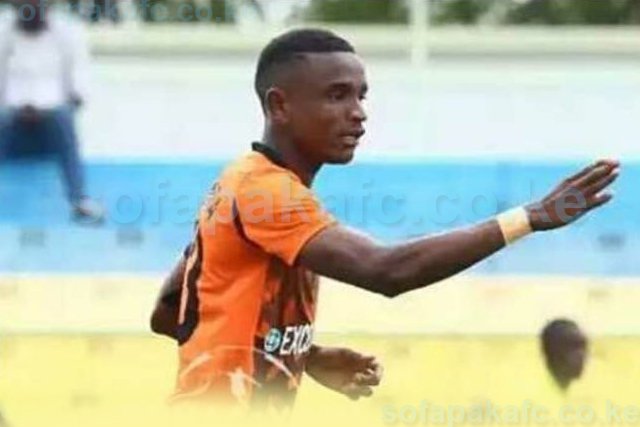 The success stories of his fellow countrymen who have previously played for Sofapaka was what goaded Burundian youngster Moussa Omar to sign for the team ahead of the 2018 Kenyan Premier League (KPL) season.

The tenacious 20-year-old defender who had an alluring performance with Burundi national team Intamba Murugamba, or Les Hirondelles, in the recently concluded Cecafa Senior Challenge Cup said he cannot wait to follow the legacy of the likes of fleet-footed striker Fistone Abdul Razak.

“I used to hear of the players’ exploits with Sofapaka when I was a little bit younger and I was determined to follow in their footsteps. As fate would have it, I’m now at Sofapaka and all I want is to make the club better than I found it,” said Omar.

Besides Razak, other Burundian players who have had stints with Sofapaka are Fuadi Ndayisenga and Steve Niziyagambo.

In the meantime, Omar who is creating landmark moments and is maturing at a quicker rate in Burundian football, believes he is capable of forming one of the most solid Sofapaka rearguards in the 2018 KPL.

“From what I have seen, Sofapaka’s defence is strong but we can make it even more stronger to make life difficult for opposing strikers,” said Omar who was fast-tracked to Burundi national senior team after serving as captain in the under-20 outfit.

Powerful both in the ground and air and blessed with a lot of panache, Omar who is on a two-year contract at Sofapaka is versatile enough to operate in any defensive position.

“I’m a central defender but I believe I have the capacity to operate in both right and left-back positions,” said Omar who added mental fortitude to his game in the Cecafa Championships in which Burundi reached the semi finals.

Always composed and assured even when his team is under pressure, Omar’s football career started in Burundian capital Bujumbura where he first joined Inter Stars before he was snapped by Flambo De C’est FC.

He later joined Abuja City FC (no relations to a Nigerian city) before joining Atletico whom he later ditched for his immediate former club Bugesera.

At Bugesera, he played alongside key talents like Mwemere Ngirinshuti who was signed from Rwanda Police, Aimable “Mambo”Rucogoza and Yves Mwanishimwe.

Bugesera wound up fifth in theb 2016/2017 Azam Rwanda Premier League behind AS Kigali, APR, Police and eventual champions Rayon Sport.
During the season, Bugesera’s defence was the meanest as they let in only 22 goals.