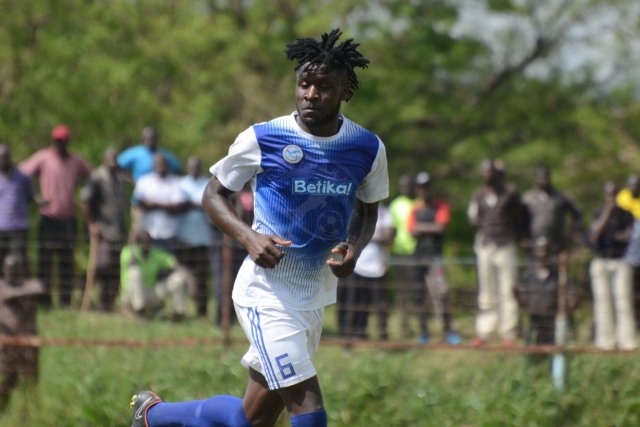 Sofapaka defender Faina Jacobs has disclosed the confidence shown in him by coach John Baraza challenged him to give his best when handed a starting opportunity. Faina has been an ever-present figure in the backline since coach Baraza took charge and his partnership with Moussa Omar has been rock solid.

Faina did not play much at the start of the season.

“As a player, the most important thing for you is playing time and when coach Baraza showed confidence to give me a starting place, I had to work hard to repay his faith. Every time I would be on the pitch I wanted to play my best game possible and not let him down,” Faina said.

“For him to give me a starting position meant he saw something in me and I had to deliver. I kept pushing each game and the teammates have also helped me a lot to play each game better,”

He added; “The season has turned out very well and actually better than I thought. For me this is a good step and hopefully it can be a springing board for next season.”

Faina now believes that if the team is kept together, they can vie for the title next season.

“The problem is that this season we didn’t start well. Had we begun better especially in our first seven games, we would be talking something different now,”

“We have learnt from our mistakes this season and we have worked very hard to make up for lost ground because most people had written us off. If we stay together with the cohesion and understanding we have built as a team, we will be formidable next season,” he stated.

Faina will miss Saturday afternoon’s game against Nzoia Sugar in Bungoma as he is suspended having picked up five yellow cards, but is confident the team will still pick positive results.

“I know we have a good team, we have players who can step up anytime and I believe we will win. Our target now is to finish in the second position and we will fight to get there,” added Faina.