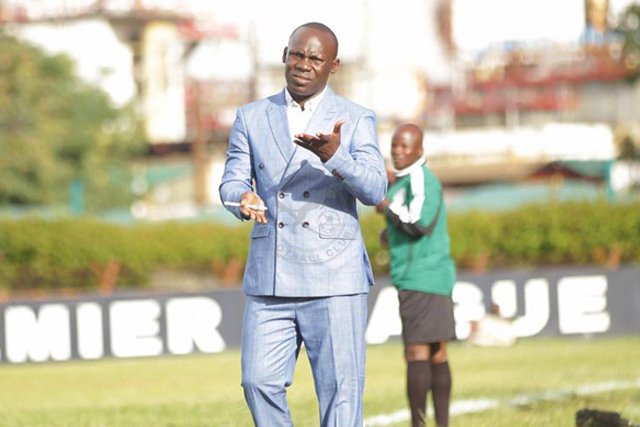 Former Sofapaka coach Ssimbwa might have ruled out Sofapaka’s chances of fighting for the Kenyan Premier League title just four games into the new season, but his successor, John Baraza, bears different sentiments.

After their 3-1 and 3-0 loss to leaders Mathare United and Bandari FC respectively, Ssimbwa who resigned last week on the back of sabotage claims said that the team had not yet shown tenets of being champions and would only be playing to finish the season in a respectable position.

However, Baraza who was elevated to the post of coach after the Ugandan’s exit believes they will be a force to reckon in the race to this year’s title despite currently sitting six points off the leaders Mathare United.

“He had his reasons to say that. But I have been with these players since the season commenced and I know their potential. They have what it takes and if we do things in the right way, we are strong contenders for the title,” Baraza told the Sofapaka Portal.

Baraza, suited for the occasion took charge of his first match in charge of the club on Sunday but his charges were held to a 1-1 draw by visiting Sony Sugar who played almost half the match with 10-men.

Baraza was pleased with the point, but was left ruing the missed opportunities.

“We fought well, but my problem is the scoring. We did just like I had asked them to do; possess and pass the ball around. But we couldn’t convert the chances we had. This is work in progress and we will work on it. We will get it soon,” a confident Baraza added.