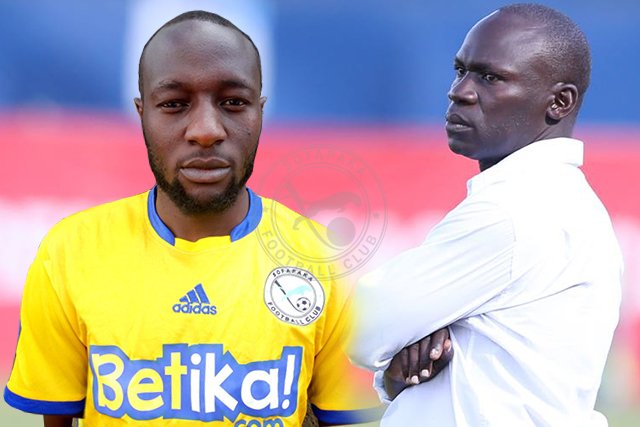 Sofapaka coach John Baraza is set to unleash newly signed striker Pistone Mutamba against Thika United when the two sides clash in a crucial Kenyan Premier League match at the Thika Stadium on Sunday.
According to Baraza, Mutamba who joined the 2009 league champions from Wazito this month, has been sharp in training and will certainly play some role in this weekend’s league match. “Mutamba has been training well and showed glimpse of sharpness in front of goal. We will definitely use him against Thika United on Sunday,” said Baraza. Baraza said the team was psyched up for the match after losing a mid-week match to AFC Leopards and they had worked on the mistakes witnessed in midweek.
“Against AFC Leopards we wasted a lot of chances. In fact we could have been 2-0 up after the first eight minutes and we later paid for the wastefulness by losing. We now need to bounce back against Thika and go back on track for the title chase,” Baraza said.
Sofapaka will miss the services of midfielder Bernard Mang’oli who suffered a gash on his lower eye socket during training on Friday. The team has, however, been boosted by the return of striker Kepha Aswani  who missed Leopards match because of a knee injury. Sofapaka are currently third in the table standings on 31points from 19 matches, while their opponents Thika United are placed 16th with 19
points from 19 matches.