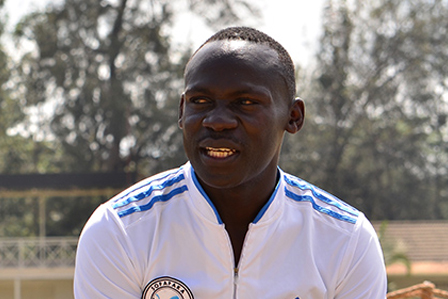 Sofapaka coach John Baraza is spoilt for choice over who to select to face title rivals Mathare United in their crucial league match at Narok Stadium on Sunday, owing to the form and commitment of the
players in training.
Former champions Sofapaka who are currently second in the table of standings lost their first leg encounter 3-1 to Mathare and Baraza believes it’s pay back time.
“I have to admit that I have a headache, because everyone is giving his best in training and they are all hungry for victory. It is a good thing for the team and I’m sure it is positive for us,” Baraza said.
He added: “The last time we played Mathare United we lost 3-1, but it doesn’t mean they were very superior on that day, it was just a bad day in office for us which happens, but this time we are well prepared for them and keen to overturn the results.”
In the striking force, Baraza has a choice of Stephen Waruru, Kepha Aswani, Pistone Mutamba, Ezekiel Okare and Umaru Kasumba to pick from.Making it a daunting task owing to the fact that all the goal getter are in a fine form.
Goalkeeper Wycliff Kasaya has also not conceded any goal since joining  the team, challenging skipper Mathew Kigonya for starting place, while the arrival of utility player Dennis Odhiambo from Thika United would also force Baraza to make some changes in his defence and midfield.
Kasaya who joined the 2009 champions from Mathare United last month will be facing his former employers, hoping to show them the value of what they let go.
Baraza said injured players Kevin Kimani, Samuel Eshikomo and Ibrahim Kitawi will be out as they are nursing different injuries, while new signing Mico Justin will only be available for selection for their
next match as he only trained with the team once after arriving in the country on Thursday. Kimani who also missed the team’s last match which was against Wazito,is nursing a hamstring injury, while Kitawi has a recurring knee injury and Eshikomo who graduated from the team’s under 20 side has knocks.