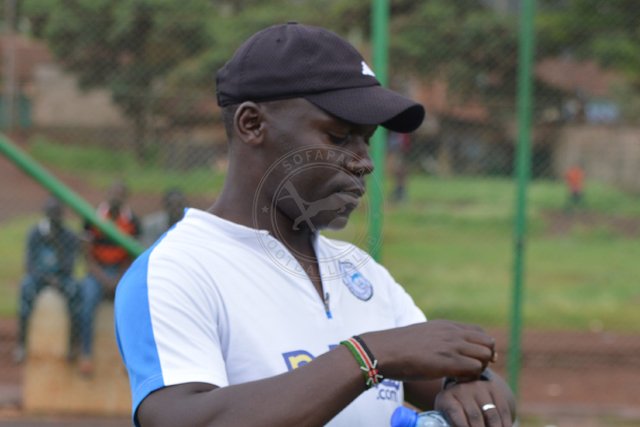 Sofapaka’s coach John Baraza has lauded his players for the team’ recent form that has seen them leap to third spot in the Kenyan Premier League (KPL) table, only behind second placed Ulinzi Stars by virtue of having an inferior goal difference.Baraza who has managed to turn around the team’s fortune since taking over the mantle from Ugandan tactician Sam Ssimbwa in March after a spate of poor results, has been playing with three out and out strikers in Ugandan international Umaru Kasumba who was the team’s top scorer last season and international duo Stephen Waruru and Kepha Aswani and he is happy the combination is yielding results.“I have been using 4-3-3 or 4-4-2 formations depending on the opponent we are facing, but even when I’m using the 4-4-2 formation, I use one of the strikers in different roles and that has been the trick,” said Baraza.
He added: “I’m happy with the way the players have gelled and the way they are putting a lot of effort in every match. At least the players now know there expectations and they are doing what they are needed to do.”
Since taking over the team, Baraza has only lost one match, which was against Wazito, where they lost a penalty and rattled the cross bar twice. He has, however, lead the team to victories against Ulinzi, Vihiga United and Zoo Kericho and drew against Sony Sugar, Chemelil Sugar and champions Gor Mahia.