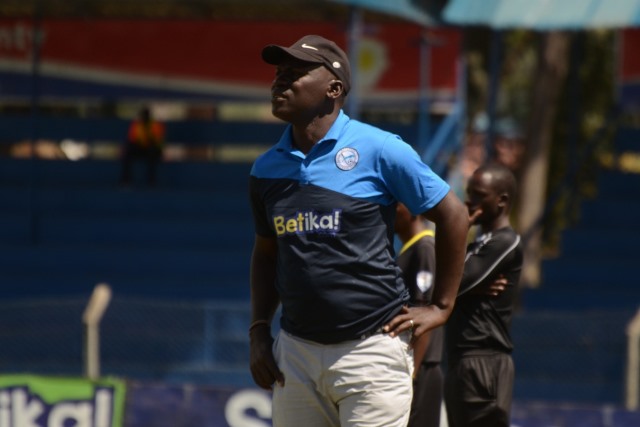 Our draw with Mathare United on Sunday 28 April left Sofapaka three points behind Gor Mahia in the title race andour head coach John Baraza admitted he was disappointed at how the clash ended.

Umaru Kasumba twice gave Sofapaka the lead in the clash staged at Kenyatta Stadium in Machakos but a resolute Mathare United pulled itself back in the game with Cliff Nyakeya’s goals to ensure a share of the spoils.

Baraza admitted after the match that he wished to bag all the points so as to keep league leaders Gor Mahia within touching distance but he noted that it was a tough match and said he’ll work on recovering the lost ground.

“It was a tough game for both sides but I can say it was an entertaining match. Playing against Mathare, we always get a high scoring game and I would really have loved us to win here. I am a bit disappointed by the result because it derails our run and ambitions.

“We have to work harder to recover the dropped points in our chase against Gor Mahia ,” he said.

Our next game is this Wednesday, 1st May, where we host Posta Rangers.