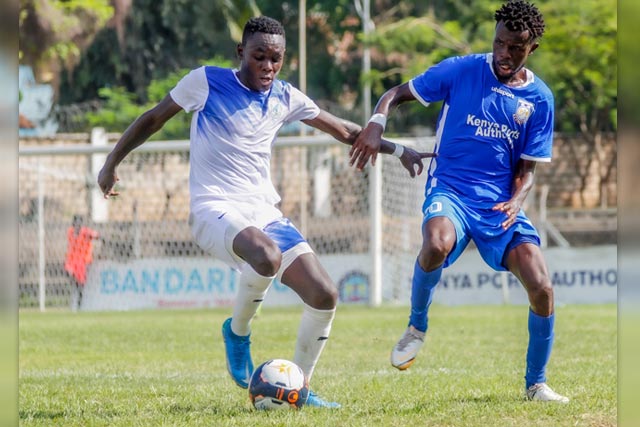 Felix Olouch scored a last-minute goal to earn the host maximum points in an FKF Premier League match on day one.

Sofapaka were the more lively side in the opening stages of the encounter and came close to netting the opener through David Nshimirimana, but Bandari’s Felly Mulumba reacted in time to clear Ben Stanley’s glorious cut-back delivery.
Ten minutes later, Ugandan Davis Kasiyre laid a decent through ball to Joe Waithira, who made no mistakes in scoring the opening goal of the match.

At the half-hour mark of the encounter, the host pulled a goal back through Hassan Abdallah. The speedy winger made an industrious run into the penalty area before hitting a hard shot into the right corner of the net as the two teams went in for the break.

In the second half, there was end-to-end action from both teams, but there was no breakthrough as the two sides pushed for a winner.

In the closing stages of added time, Felix Olouch sneaked in to head in past Simon Masaka as Bandari went on to snatch a late win in the opening matchday fixture.