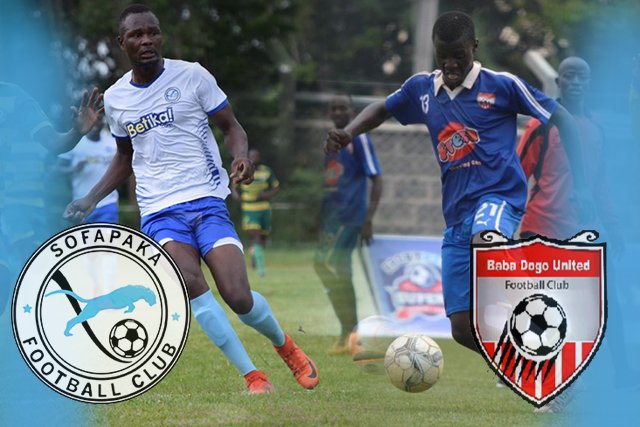 Baba Dogo faces baptism of fire as Sofapaka’s Baraza unleashes his best for Shield match. Baba Dogo United could be playing in the Football Kenya Federation (FKF) Provincial league, but former Kenyan Premier League champions Sofapaka will not under rate them when they meet in a Shield match at Camp Toyoyo on Sunday.

Sofapaka coach John Baraza has ruled out players rotation for the match and said he would field his strongest side to guarantee a win over the minnows and progress to the next level of the competition.

“Teams in Nairobi cannot be underrated, they could be small on paper but are capable of shocking big sides because they enjoy the services of some former players who played in the top leagues recently. I’m not going to rotate the team, I’m going to pick my strongest side to make sure we win the match,” said Baraza.

Sofapaka who beat Re-Union three weeks ago to set a date with Baba Dogo, will miss the services of skipper Mathew Kigonya, striker Kepha Aswani and defender Yusuf Mohammed for the match. They have, however, been boosted by the return of Bernard Mangoli. “Aswani has a knock on his knee, while Yusuf has a groin injury, so they will not be available for the match. Kigonya has travelled to Kampala, Uganda to represent the team at the burial of our former captain David Bagoole so he will also miss in action, but Mangoli is back,” Baraza said.

In the absence of Kigonya, Kenya international Wyclef Kasaya will be standing between the posts, while striker Pistone Mutamba will benefit in the absence of Aswani to start upfront alongside Stephen Waruru and Umaru Kasumba.