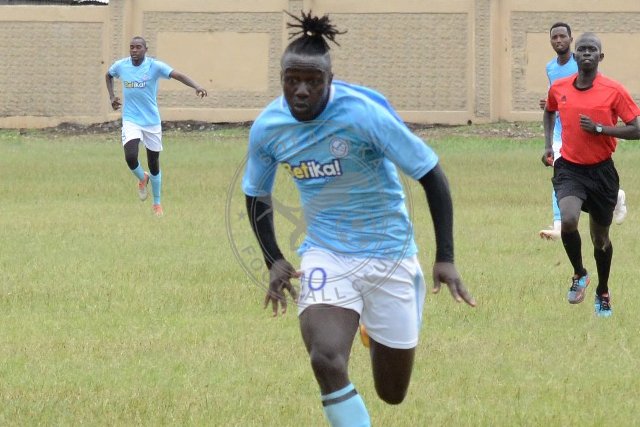 Sofapaka new signing John Avire says he is charged to get a starting role in the team having joined a month ago from Mount Kenya United. Avire, a fast-paced forward says he has integrated well with the rest of the team in pre-season and can’t wait to get started with Batoto ba Mungu.

“It has been great so far training with the team and getting to learn new things. It has been made easier because the teammates were very welcomeing and we worked with the coach before so knowing what he requires wasn’t hard,” Avire said.

The striker says he will fight for a starting role, knowing the team is endowed with attacking potent with the likes of Kepha Aswani and Umaru Kassumba leading the line.

“I know there will be a lot of competition but I am ready for it. That’s what makes aplayer better. I will fight for my role in the team and whenever given a chance, I will always give my best,” stated the former Bandari FC forward.