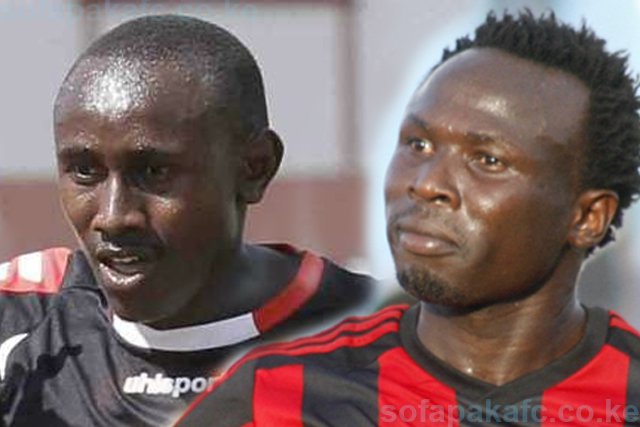 Speaking at different times, the two strikers averred that Sofapaka will be the team to beat in the new season which kicks off next month.

“I’m here at Batoto Ba Mungu’s camp to plunder goals and God willing, I will help the club recapture the league title which has been elusive since 2009,” said Aswani who has signed a two-year contract with Sofapaka.

The prolific striker who is still fresh from guiding Harambee Stars to the Cecafa Senior Challenge Cup title in Kenya last month called on fellow striking partners Umaru Kasumba, Ali Feni and Waruru to give him maximum support to realize his dream.

“Marksmanship does not come easy and I will need unswerving support from my teammates to score. I understand they also have the pedigree to score and if that happens, we’ll all be doing it for the sake of our beloved club Sofapaka,” quipped Aswani.

On the flip side, Aswani who had had previous stints with AFC Leopards and Thika United hinted that his agent was keen on helping him secure paid ranks in Zambia possibly next June.

“Let me be honest to say that a number of Zambian clubs are after my signature. Before making such a move, I want to help Sofapaka to make a dream start in the 2018 KPL season,.

In the meantime, Waruru who is a man of a few words stated that he is at Sofapaka to help the team score as many goals as possible in the KPL.

“I won’t say much and I’m a firm believer that actions speak louder than words. What I can say is that I love scoring many goals and this is what has brought me at Sofapaka,” said Waruru who was a revelation for Ulinzi Stars for close to a decade.