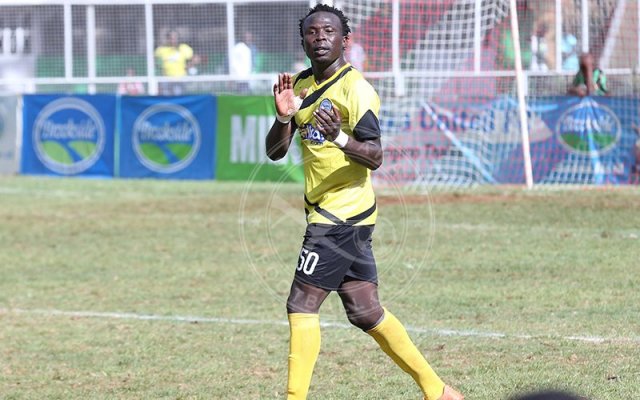 International striker Kepha Aswani is back for Sofapaka ahead of the crucial league match against relegation threatened Vihiga United, slated for Narok Stadium on Sunday.
According to the team’s head coach John Baraza, Aswani who has been having a recurring knee injury will be available for selection on Sunday, after missing a couple of matches due to the injury, but will have to fight for a place against Umaru Kasumba and Pistone Mutamba.
“Aswani’s knee injury has been recurring and that is why we didn’t want to speed up his return to action. However, he is now good to go and we will consider his services against Vihiga on Sunday,” Baraza said.
He added: “For the Sunday match we will only miss the services of midfielder Ibrahim Kitawi who is still nursing an injury suffered in training and Dennis Odhiambo who lost his father and has been given time off.”
In the absence of Odhiambo who had made himself a first team regular, Baraza may replace him with Teddy Osok or Rodgers Aloro.
Sofapaka won their first leg fixture against Vihiga 1-0 away, but Baraza remains cautious of the side which desperate for results as they battle to steer clear of the relegation zone.
While Sofapaka lie third on the league standings with a match at hand, Vihiga have lost four matches in their last five have, are perched in 16th spot with 23 points from 25 matches. The match will kick-off at 3pm.