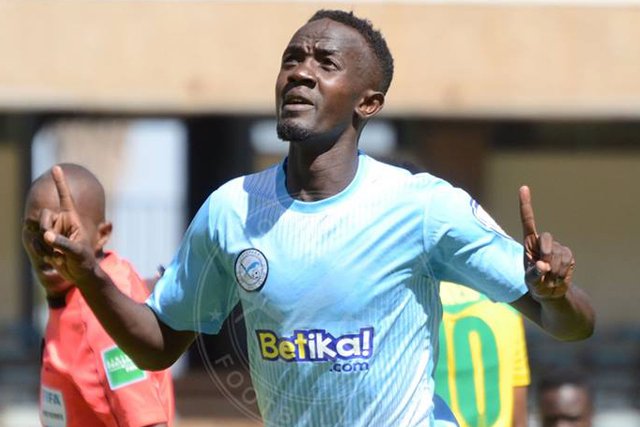 “It would be great if the opportunity opens up for me. It is every player’s dream to play for the national team and for me it will be a big achievement.”

“I have played at the junior levels but yet to get a call up in the seniors. It would mean a lot to get that chance and every day I am working hard to see that dream fulfilled one day,” Asieche stated.

The midfielder has been in fine form over the last few matches scoring three goals and giving one assist and he hopes he can continue in this form for the remainder of the season to stand a chance with Harambee Stars.

“There has been a lot of freedom to play and that is why you find a player thrives. Also, we have been working hard as a team and everyone is performing their role well that is why it has been easier for me. Also, we push each other as players to perform well in every game,” he stated.

The midfielder added; “Team work and hard work have been the reason we are here today and as players we try to learn something new from every game. The hardr work does not stop here. We need to continue working,” noted Asieche.

“The win against Mathare has brought a lot of moral in camp as we head to face Gor. It will be a tough game because they are a good team we but will take this game just like any other and approach it with a lot of seriousness,” Asieche affirmed.