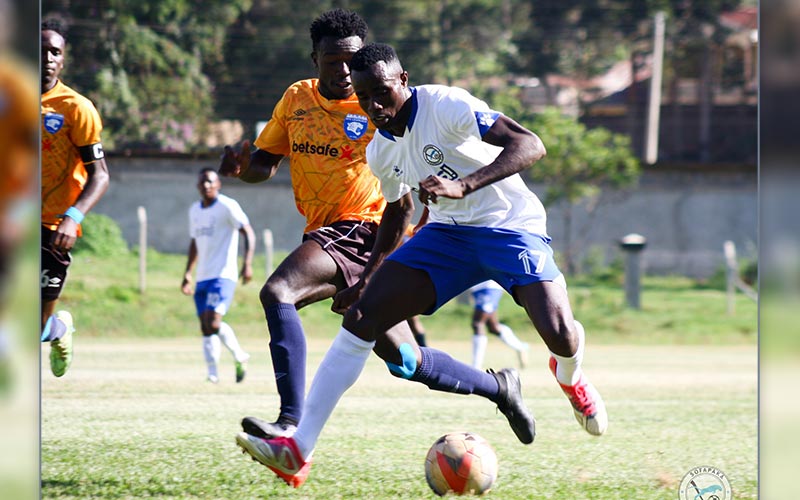 A fight for bragging rights will be at stake when AFC Leopards and Sofapaka lock horns in the “CATS” derby.

Ahead of Sunday’s encounter, Ken Odhiambo’s Sofapaka will be seeking to bounce back to winning ways after coming from a one all draw against Gor Mahia, while Patrick Assumes’s Leopards will be hoping to move further up the log.

Below is a sneak preview of all you need to know ahead of Match Day 22.

Form guide.
Heading into Sunday’s duel, the two teams are tied on 25 points, though the Leopards boost a superior goal difference of four goals, which sees them tenth on the log while we are placed 11th.

Numbers
The cat derby has always produced entertaining outcomes. The two sides have met on 29 occasions, with both sides winning twelve matches apiece, while five other matches ended in draws.
Our biggest win against Ingwe was a 3-2 win at Machakos Stadium back in 2016, while our biggest loss to our opponents was a 3-0 drabbing in December 2020.

Goals.
A total of 20 goals have been scored between the sides in the last eight meetings, with an average of two goals per match.

Team News.
Batoto Ba Mungu has been dealt a huge blow due to Stephen Okola’s injury. The defender suffered a groin setback in the mid-week clash against Gor Mahia. However, the club welcomes back David Kingatua from malaria. Nigerian internationals Sébastien Sunday, Brandon Randy, and Ronack Otieno are still out as they continue with rehabilitation.

Key men.
Joe Waithira and Eugene Mukangula are in great form. The duo will be key for both sides in the quest for victory.

Reverse fixture.
In an entertaining tie in October 2021, Joe Waithera’s sole effort was the difference as we beat Leopards 1-0 at Danson Mwanyumba Stadium, Wundanyi.
The match will be staged at Nyayo National Stadium