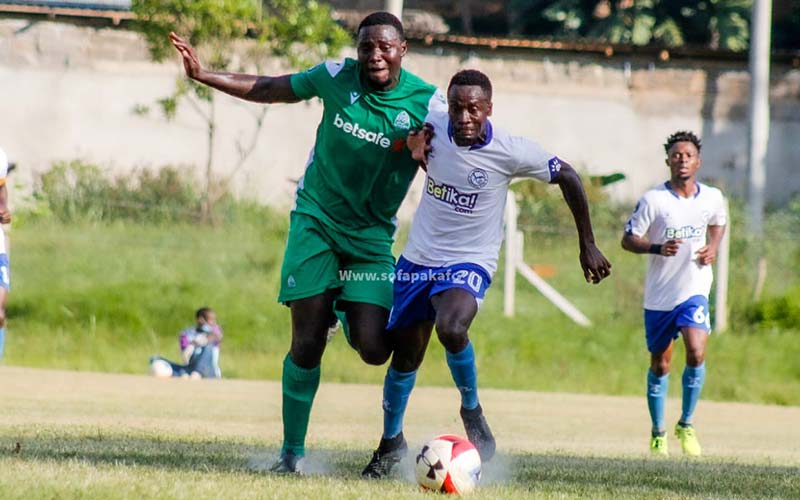 Sofapaka will take on Nairobi City Stars on Monday 24th as the second leg begins.

With the second leg of the Betking Premier League 2020/21 season commencing, club assistant captain Titus Achesa has rallied on his teammates to go for nothing less than wins.

On concluding the first leg on a defeat;

” Our last match against Gor Mahia was our undoing. We lost the encounter due to our very own mistake, we played well but we lost concentration at a crucial time and we got punished.”

On reflecting on the first phase of the season;

It has been a leg filled with a lot of mixed results, we have a quality squad and we hoped for a strong start but that hasn’t been the case. Our position on the log isn’t a good one we are a big club and we ought to be among the clubs topping the league standings.

On there being pressure to turn around the performance;

“Definitely yes, sofapaka is a big club, and results are always expected week in week out. We haven’t been a good run of results and no doubt the pressure is on us to get the needed results.

“We are well prepared for Monday’s duel, we have no option but to go for the points. We want to revive our season and that will only be realistic when we begin with a win on Monday. We respect our opponents they have a good team but we want t get our season back on track thus a win we are going for .”

On his thoughts on the second leg

” The season is far from the end, the second is just begging and it’s a huge opportunity for us to make it right. We want to compete to the last day of the season thus we are going to fight for maximum points to the end.” Achesa concluded.