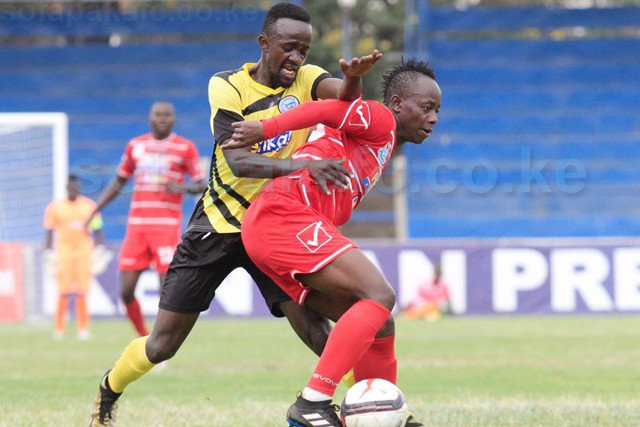 Sofapaka handed Posta Rangers their first defeat of the 2018 Kenyan Premier League (KPL) season with a 2-1 defeat  at the Kenyatta Stadium in Machakos on Saturday 4 March.

New signings Stephen Waruru and Kepha Aswani did the damage either side of half time as Sam Ssimbwa’s charges continued with their steady rise after demoralizing losses to Bandari and Mathare United earlier in the season. Gearson Likono pulled one back for Rangers late in the game.

They now move up to third with nine points while Rangers drop to eighth with six points.

Coming into the game after a moral boosting 2-1 win over AFC Leopards in midweek, Sofapaka started the brighter of the two creating chances and testing Patrick Matasi in the Rangers goal.

Their persistance did finally pay-off as a Kevin Kimani freekick from just outside the area was met by Waruru who planted a header past Matasi with two minutes left of the half.

The second half would see Rangers coach Sammy Omollo bring in winger Cavin Odongo as the mailmen plotted for a comeback. But it would be made even difficult as two minutes later after the re-start Aswani doubled Sofapaka’s lead with a cool finish after being found in space by Elli Asieche.

With a two goal cushion, the hosts took a more conservative approach as they defended their lead. It played into Rangers’ hands as Odongo, who had been a bright spark since coming on causing Sofapaka’s defence problems with his pace and trickery, found Gershon Likonoh with a lofted backheel to pull one back. The attacking midfielder making no mistake from inside the box as he struck a powerful leftfooted shot into the top of Mathias Kigonya’s net.

A minute later, Coach Omollo would bring on winger Joseph Nyaga in place of the goal scorer Likonoh as he felt the game had swang in his team’s favour. But it would not be as they succumbed to their first loss of the season.