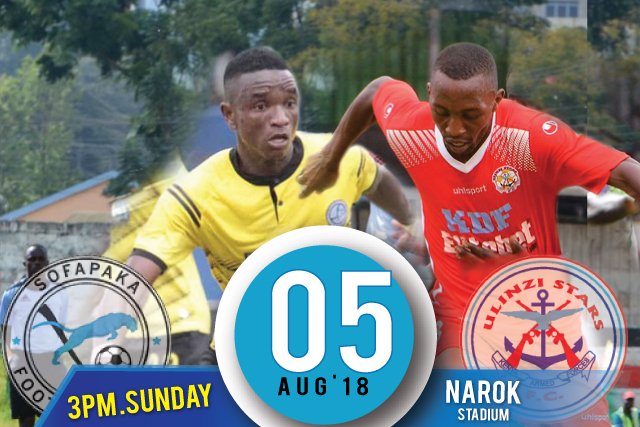 Sofapaka’s technical director Martin Ndagano has said they have changed strategy ahead of a herculean fixture against former league champions Ulinzi Stars at Narok Stadium from 3pm.
Coming in the back drop of two back-to-back league loses that has jeopardised their quest for the title, second placed Sofapaka have re-grouped and hope to bounce back against the soldiers, despite the
fact that Ulinzi has a better head-to-head record over them.
Sofapaka have met eight times with Ulinzi Stars and only emerged winners two times, with their opponents winning the fixture five times and they shared spoils once.
“Every team come to the pitch to win, they are all tough especially in the second leg of the league, but we always have strategies for each teams and we already have a special strategy for Ulinzi on Sunday,”
Ndagano said.
Sofapaka has been boosted by the return of winger Mike Oduor who suffered a head gash on Sunday while playing against Tusker, as well as offensive midfielder Mico Justin who had to be stretched off in the same match after colliding with Tusker goalkeeper Patrick Matasi.