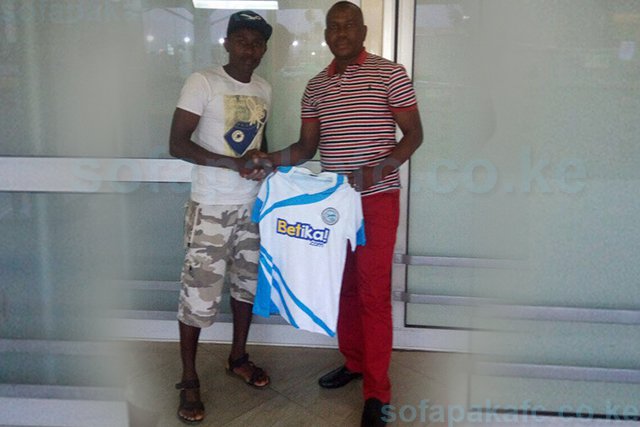 Stephen Waruru has signed a two-year contract with the Sportspesa 2017 KPL runners up team Sofapaka having overlooked an earlier opportunity to join 11-time champions Tusker FC following his departure from Ulinzi Stars.

“I think it is a pretty good move for me. I had several offers after I left Ulinzi and I picked on Sofapaka because of the platform the club offers. They are ambitious and want to win trophies next season and I think their targets align with mine,” Waruru told Sofapaka portal.

“Its been eight-great years at Ulinzi, and I felt it was time to seek to greener pastures.” Waruru, Both Tusker and Sofapaka approached me but the latter was the right one for me to join even as I look forward to win more team and individual titles.

“They have been the best years in my life. With Ulinzi I have seen the world. I have traveled to many different countries both playing football and in my career as a soldier and I don’t regret. I want to thank all the players I have played with in my career there because they have played a part in shaping my career,” the former Thika United man added.

Waruru saw his goal scoring tally stall this season after starting on a high scoring 11 goals by mid-season, but the same waned down with reduction in playing time.

“With more playing time, definitely, I would have scored more, but that’s life and that is how things go sometimes. I hope to have a good season with Sofapaka next year and my targets remain the same; to score and help the team win the league,” the lithe-sized baby-faced assassin noted.