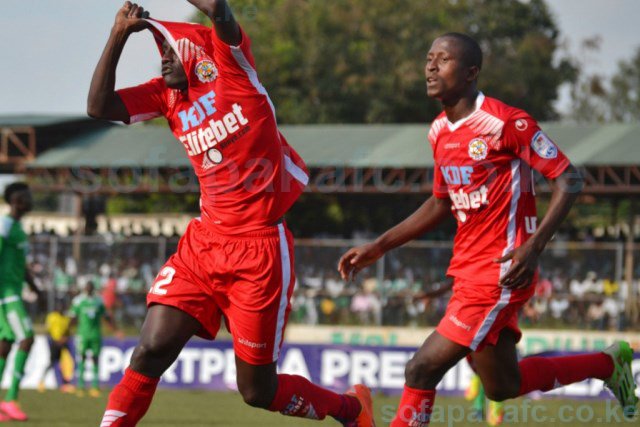 “I am up to the task, I like what Sam Ssimbwa is doing at the club. That is the coach I want to work with as I continue to grow career-wise. I want to play football and help this great Club win the SPL next year,” Waruru shared the reason for joining Batoto Ba Mungu.

The former Ulinzi Stars striker says resigning from the Kenya Defense Forces (KDF) to concentrate on his football career is a decision that had lingered in his mind for some time.

“Looking back, I think it was timely and the best decision that I have made. For a while now, all I wanted was to be free,” Waruru said.

On snubbing the 11-time champions Tusker FC, the forward revealed that it was an easy decision to make since Sofapaka is more ambitious.

Sofapaka’s club’s performance last season was superb, given that they were almost being relegated but they turned the tides to take the number 2 slot. Therefore challenging for the title next season can be achieved,” he added.

Having scored 11 goals for the Soldiers who finished the season seventh with 48 points, Waruru not only wants to win the title with Sofapaka but also bag the Golden Boot Award.

The 2017 runners-up are set to have a deadly combination upfront with top scorer Umaru Kasumba, Kenyan internationals Kepha Aswani and Waruru set to lead their attack.