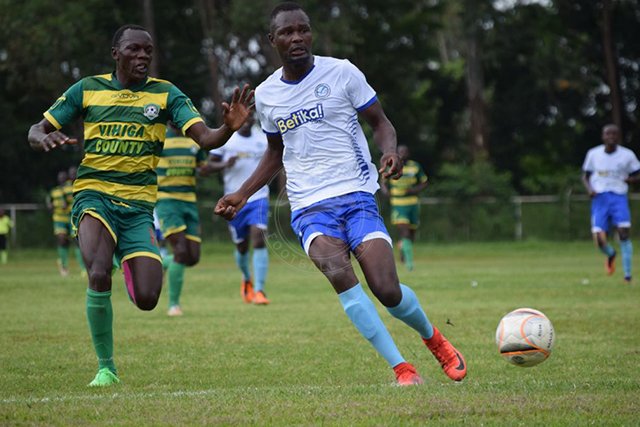 “It was a balanced affair” said Vihiga United boss Edward Manoah. He also believes that his side matched their opponents Sofapaka in every department in the 0 – 1 loss on Sunday 6 May and they did not deserve to lose the clash at the Mumias Sports Complex.

Manoah holds that his players created the most chances but with the result, the newly promoted side suffered the fifth loss in the top tier after going down courtesy of Stephen Waruru’s goal.

“We matched them in all areas apart from one lapse in the midfield which we rectified. We had our moments and they had few moments from set pieces. We did not deserve to lose,“ he said.

The coach was sent to the stands in the 65th minute for constant complaints and he has termed the center referee George Mwai a biased official who hampered their efforts during the game.