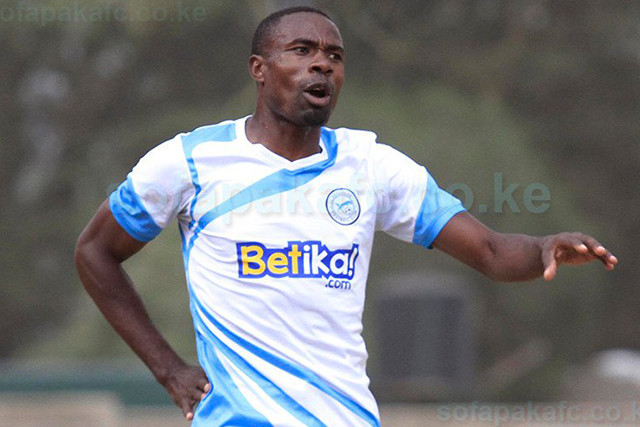 Tactical acumen was key to Sofapaka’s bounce-back when they beat AFC Leopards 2-1 in a midweek Kenyan Premier League (KPL) match at Narok sub county stadium on Wednesday.
Sofapaka coach Sam Ssimbwa, who was under pressure to win the match having slumped to a 3-1 defeat by Mathare United going into the fixture, had words of praise to the players for their dedication, hence the success.
“I was pleased with the general display of the team’s. Our transition from defending to attacking was encouraging despite playing tough opponents. The players knew what they wanted and ultimately achieved that but I believe they can do much better,” offered Ssimbwa.
Batoto Ba Mungu Technical Director Martin Ndagano added his voice on the win, saying:” After losing to Mathare United, we had trained our eyes on AFC Leopards and subsequent fixtures and I’m happy that the players did not disappoint,”
Ndagano went on:” We are now looking at the bigger picture of  hauling ourselves up to be amongst the frontrunners in the league and if we keep on working hard, that will not be too much to ask,”
In the meantime, Ssimbwa has urged his charges not to be carried away by the win especially given that they are up against another tough fixture against Posta Rangers this weekend.
“The win over Leopards has instilled morale on the players going forward but the least they can do is to relax since this may be a detriment to the team’s success against Rangers,” said Ssimbwa.
During the battle of cats against Leopards, Umaru Kasumba and Kevin Kimani were the marksmen for Sofapaka  and quite a lot will be expected of them in the match against Tusker.