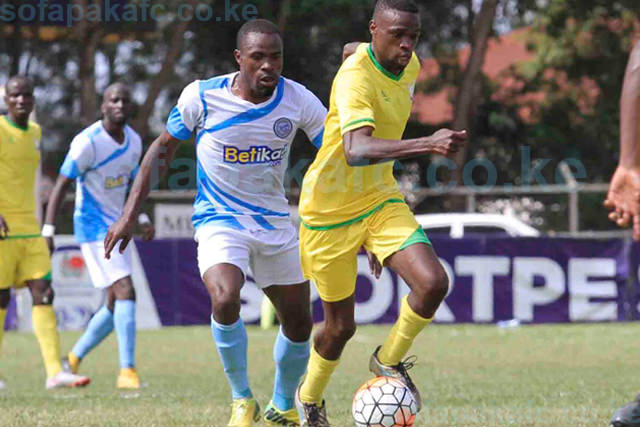 A total of ten players will miss Round 29 of the Kenyan Premier League (KPL) that is set for this week due to suspensions.

Salim Abdalla, Vincent Misikhu, Lennox Ogutu and David Owino will all miss their team’s fixtures after accumulating five yellow cards. Abdalla earned his fifth yellow card In Leopards’ draw against Kariobangi Sharks on Saturday while Zoo Kericho keeper Misikhu was cautioned for the fifth time during their match against Kakamega Homeboyz. They will be joined by Chemelil Sugar duo of Smith Ouko and Faraj Ominde, who also have five yellow cards to their name.

Sony Sugar FC will miss the services of Victor Ademba is against Nzoia Sugar and Chemelil Sugar after the midfielder accrued five yellow cards and a red card. He will be joined by Anthony Wambani of Bandari and Sofapaka’s Willis Ouma who also have the same feat.

For matches against Mathare United and Kariobangi Sharks, Gor Mahia will be without midfielder Ernest Wendo who has so far amassed ten yellow cards.

Players to miss Week 29 of the Kenyan Premier League