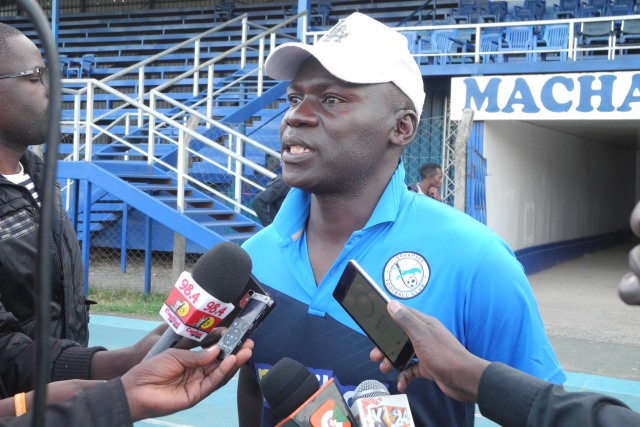 Goals from Kepha Aswani and John Avire secured a 2-0 win for Sofapaka against the powermen and Baraza was delighted with the boos of motivation it added to the team.

“It was such a good motivation for us to win because it keeps us in the right frame ahead of the huge match against Gor on Sunday. It will be very vital for us to ick points and catch up because getting three points against your direct rival is a huge advantage,” Baraza said.

‘We want to take the race to the last day of the season and winning against Gor on Sunday will be very crucial for us,” added the coach.

Looking back at the win over Stima, Baraza was full of praise for the players for their attitude especially after the heartbreaking 2-2 draw against Tusker last Sunday.

“After the last game which we felt was like a loss, the boys had some sort of anger to get back on the pitch and win and they showed that because they had vowed to get all the three points. It was a good performance and everyone played his part,” Baraza said.

Meanwhile, the coach says Umaru Kasumba, who is the team’s top scorer will be back in contention for a starting place after missing Wednesday’s win over Stima.

“Kasumba has played so many games and given his all and we decided, also because he had picked up a slight knock against Tusker, we thought it wise to have him rest. He will be back for the game against Gor on Sunday,” the coach said.