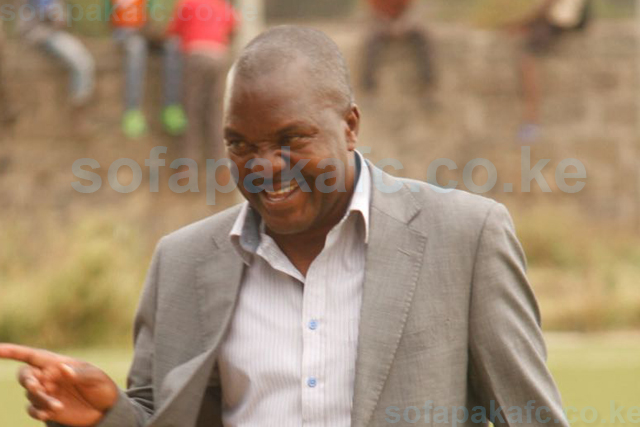 Sofapaka head coach Sam Ssimbwa came up as a leading candidate for the Uganda Cranes job upon the resignation of Serbian tactician Milutin Micho Sredojevic in July, but he has since declared a lack of interest in the job.

The Federation of Ugandan Football Associations (FUFA) announced the vacancy and called for applicants, both local and foreign, setting the deadline on Sunday 29 October but Ssimbwa confirmed to Soka he did not apply.

Ssimbwa acknowledges that the same reasons Micho pointed to when handing in his resignation still bedevil the job thus no motivation for him to jump ship.

“I was interested at first but then I did not apply for the job because honestly I don’t believe the issues that Micho raised were adequately addressed. It is a job I would like to take and I believe with my profile I can do it well but there are pertinent issues that should be resolved first,” he said.

The Serb called time on his association with the Ugandan national team citing overdue wages in the region of $54,000 and a press conference on Monday 31 July, FUFA president Moses Magogo confirmed the resignation.

Ssimbwa, the August 2017 Coach of the Month in Kenya, says if the situation improves, he may consider vying for the post in future; “why not? At the moment there are better jobs out here but a chance to coach the national team with good management will always be open.

“If things improve I may consider.”

As Ssimbwa confirms pulling out of the race, strong indications point at the federation opting for the former Simba SC head coach Jackson Mayanja, who tendered his resignation at the Tanzanian giants earlier in October.

At the moment, the Cranes job is held by Moses Basena and Fred Kajoba jointly on interim basis.