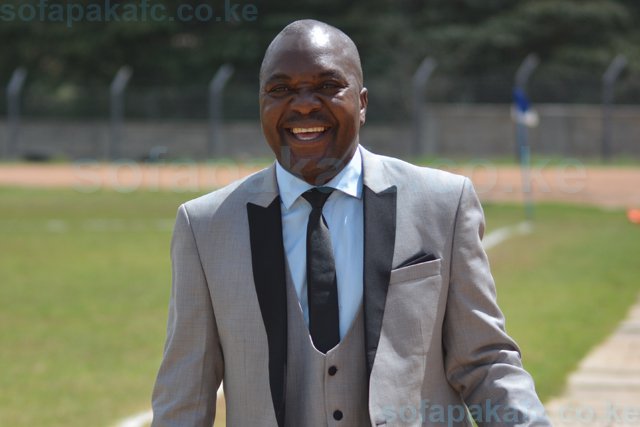 Sofapaka Ugandan tactician Sam Ssimbwa is overly elated after being voted the 2017 Kenyan Coach Of The Year during the Sports Journalists of Kenya (SJAK) Gala awards ceremony held at the National Museums of Kenya on December 18, 2017.

Ssimbwa who is on Christmas and New Year vacation in Uganda said the honors were a result of hard work and selflessness, adding that it would not have come without the support of his fellow technical bench officials and the Sofapaka management.

“Honestly being declared the SPL 2017 coach was one of the best things to have happened to me in my coaching career. It’s an ideal Christmas gift which gives me the drive to continue giving my best but first of all I must give kudos to all and sundry at Sofapaka for supporting me towards this success,” said Ssimbwa.

The SJAK honour bestowed on Ssimbwa, at least in the eyes of many, was deserved after he turned around the fortunes of Sofapaka in the SPL 2017 season in which they to wound up runners-up against all expectations.

Ssimbwa was voted in absentia by a panel of top Kenyan sports journalists, beating other top-notch nominees including Sammy ‘Pamzo” Omollo of Posta Rangers, William Muluya of Kariobangi Sharks and Mike Mururi of Kakamega Homeboyz.

Ssimbwa’s midas touch was attributed to the quality new signings he recommended to Sofapaka handlers during the 2017 KPL mini transfer window, among them Ugandan duo of Ali Feni and Umaru Kasumba, Hillary Echesa, Timothy Luda and Morven Otinya.