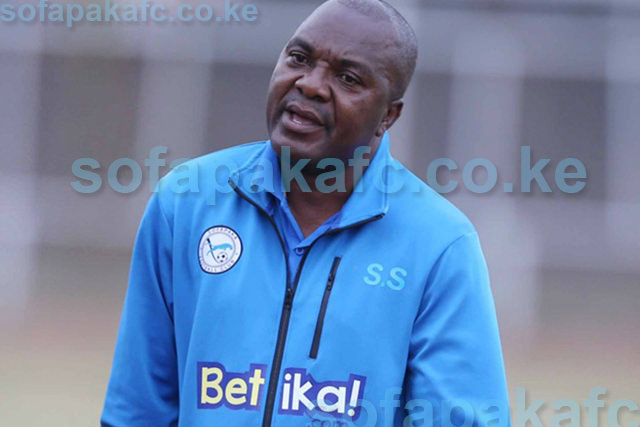 Sofapaka head coach Sam Ssimbwa has acknowledged Kenyan Premier League standings Gor Mahia have been superior in the season even as Sofapaka pushed them in contention for the league title.

Gor Mahia are just one point from a 16th KPL title and Ssimbwa admits the class of players they had were the difference in the season but he has promised to give the league title a serious shot in 2018, if he will still be at the club.

Ssimbwa took over Sofapaka at the start of 2017, having watched the final matches of the 2016 season as Sofapaka fought to survive relegation and he notes that they were never given a chance in this campaign and with Gor in pole position to win the title, his side can only contend for second place.

“We started as underdogs; I got a team here that was almost getting relegated and so no one gave us much chance especially because there were so many changes in the team. You cannot compare our players to Gor Mahia players – they have very many internationals, some who even sit on the bench at the club and we have none so I am proud of the performance my players have given,” he stated.

August 2017 was the most successful month for Sofapaka under Ssimbwa; the team won four and drew once in the five matches played, scoring 15 goals and conceding six. In the month the 2009 champions showed their real title credentials but that fizzled out soon after.

He points to injuries to key players as well as poor refereeing calls as the reason for the team’s slump.

“We played so well in August but after that we went a bit down due to various factors, including the injury to our goalkeeper Mathias Kigonya which in effect compelled to play more defensively. Then there was also the issue of poor officiating, more so in games against Homeboyz and Gor Mahia but we are not complaining; I am happy with the team.

“We have been worthy competitors in the season and if I will still be here next season we will fight for the title. The chances that I will be here remain 50 – 50,” he added.

The team are scheduled to play Western Stima this coming weekend with nothing but hope to consolidate their second spot.