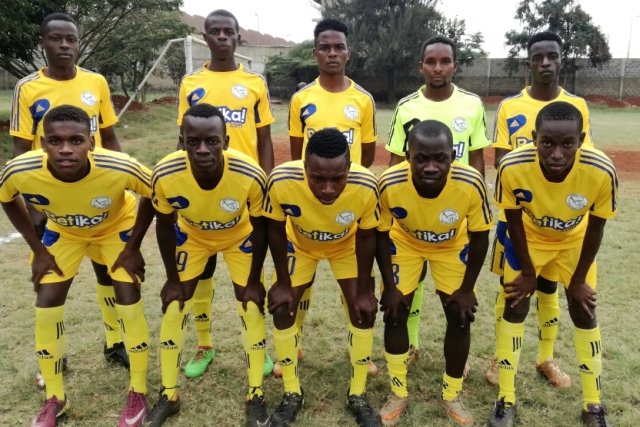 Sofapaka youth Football Club is in a tantalizing prospect of being crowned the 2018 FKF Nairobi County league champions with just a win over Jericho All Stars this coming weekend.

A victory over the Stars, come Sunday, will provide the Edward Munandi-led side an appropriate signature moment and possibly the standout memory of a team with the potential to emerge winners of the league on their second attempt, provided second placed Uprising falter against Black Mamba at Makongeni grounds on same day.

Sofapaka, who lead the pack with 35 points, play hosts to Jericho on Sunday, 30 September, 2018 at the Camp Toyoyo AstroTurf stadium, starting 11am.

The young Batoto Ba Mungu have proved in this campaign and the current 3-point advantage over Uprising could be no way flattering if at all they (Sofapaka) keep their winning touch in the remaining three games of the campaign.

Sofapaka moved to within three points of the league crown after an impressive run that saw them beat Uprising 2-0 before posting a-1-nil identical wins against Black Mamba and Umoja Rhinos in the last their three games.

They will be crowned champions if they win on Sunday and uprising fc draws or loses, according to the table.