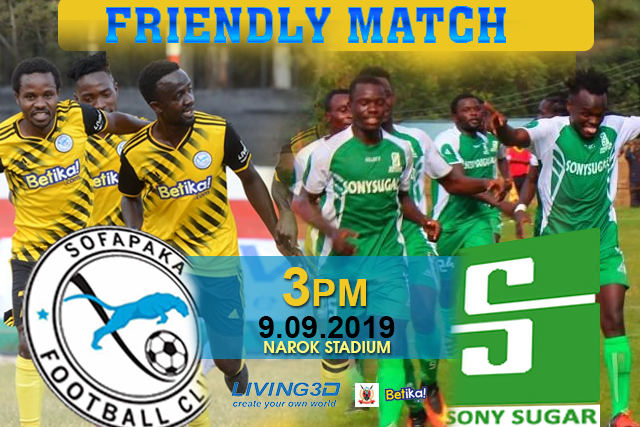 Sofapaka will face fellow Kenyan Premier League side Sony Sugar FC in  a friendly match at the Narok Stadium on Monday September 9 in the penultimate day of the FIFA International weekend as the team builds up for the second match of the season against Ulinzi Stars in Nakuru.

Head coach Divaldo Alves will use the tie to continue building up his team, looking to improve from the season opening 2-1 loss against Posta Rangers. The match will also be a good platform for the tactician to give new keeper Ismail Watenga some much needed game time.

The match has been made possible by the financial injection from new partners Living 3D whose coming in has breathed a new lease of life to the club, making day to day operations easier and opening up an avenue for playing more build up games.

Living 3D was also integral in the arrival of new keeper Watenga who will boost the goalkeeping department for the new season.