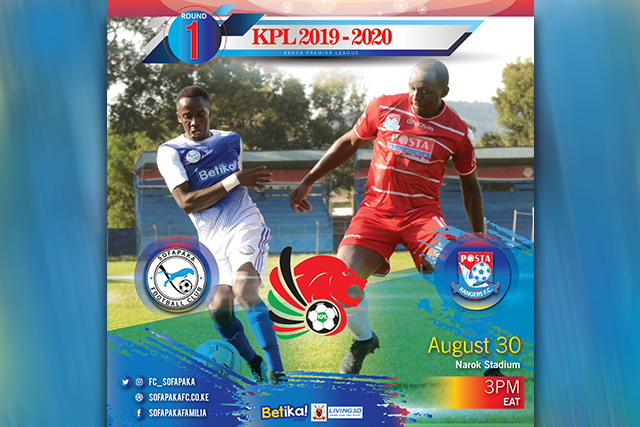 Narok football enthusiasts are in for a treat after former Kenyan Premier League champions Sofapaka decided to take all their home league matches to the refurbished County Stadium.
Sofapaka used the facility as their home ground during the 2017 season, but moved to Machakos Stadium for the 2018 season.
According to club president Elly Kalekwa, most of the team’s home matches also be played on Fridays. “I wish to announce that we have switched our home matches and Narok
Stadium is where Batoto Ba Mungu shall be parading for home matches.
The reason we opted for Narok is that it has a better playing surface unlike Machakos. The venue is also congested with league matches,” explained Kalekwa.
Asked why they have opted to play their home matches on Fridays, Kalekwa said it will give players ample time to rest before forthcoming duels.
Sofapaka will be angling to make an impression with the acquisition of foreign players who will together with other new players be officially be unveiled on 9am this Thursday at Eastleigh High School.