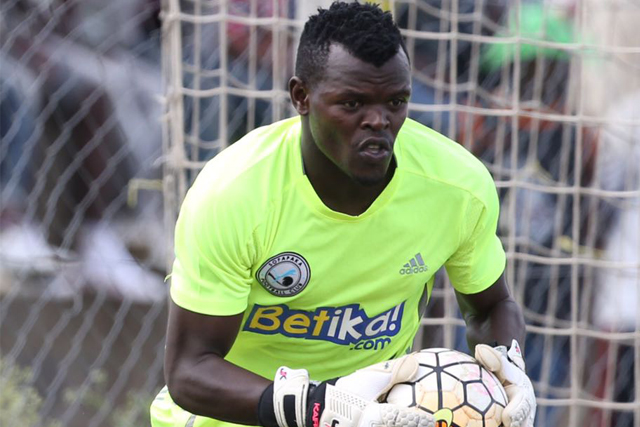 Kenyan Premier League side Sofapaka had a bad start to the 2018 season, after being handed a shock 0 – 3 beating by Bandari at their Home ground stadium, in what was their biggest defeat in recent years, but assistant captain and keeper Mathias Kigonya believes they have taken lessons and are poised to fight for better results.

They lost during their first game, won in their second game and hope to maintain that win, but remain 12th on the league standing table and after an extended rest, Kigonya, who was in the posts for both matches says they will improve as the season progresses.

“The first match of the season is always complicated, it is unfortunate we lost but we have to take the lessons, key being the coordination with new players.

“We tried and got a win in the second game, but we should improve more as the season goes on. We are playing Mathare United next and though it is a tough game, we have to show our might in the game as well,” he said.

Kigonya is serving his third season in the KPL, having joined the 2009 league winners in mid 2016 and helped the team survive relegation at the end of a tough season.