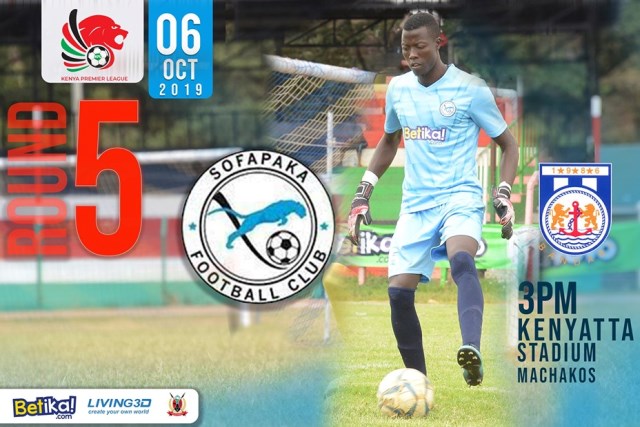 Sofapaka and Bandari will face off for the 19th time in a Kenyan Premier League match on Sunday in Machakos. The two sides have had contrasting starts to the season with Bandari currently placed second in the standings with eight points while Sofapaka are 12th with four.

Over the 18 times they have faced off  Sofapaka Carrie’s a s,right head to head advantage having beaten the dockers seven times, losing six while the rest ended in draws.

Last season  Bandari came to Machakos and won 2-1 while the corresponding fixture in Mombasa ended 0-0. Overall  out of the nine home games Sofapaka has played against Bandari, Batoto ba Mungu have won four while the coastal side has picked maximum points three times.

There have been 41 goals scored between these two sides I  the 18 meetings with Sofapaka scoring 22 while Bandari have scored 19.

Bandari will have two immediate former Sofapaka players turning out for them on Sunday; keeper Justin Ndikumana and winger Cliff Kasuti.