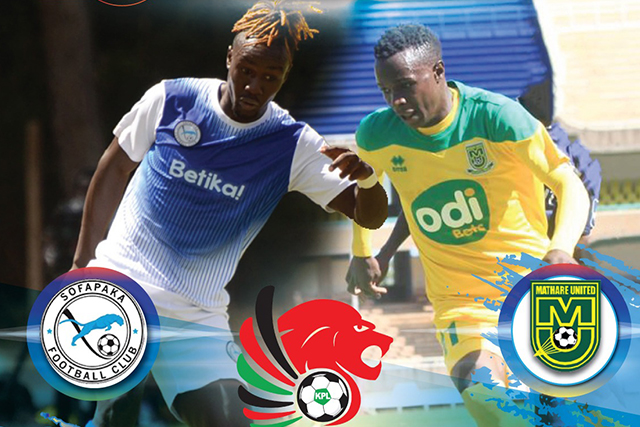 Sofapaka and Mathare United clash at the Kenyatta Stadium in Machakos on Sunday afternoon looking to complete the third home and away swoop since the first meeting in 2009. The last time Sofapaka beat the Slum Boys home and away was in 2014 when they won 2-1 in the first leg and 1-0 in the corresponding tie.

This season, Sofapaka were in imperious form against Mathare, hitting them 4-1 at the Kasarani Stadium with a brace from Umaru Kasumba and one each from Titus Achesa and Elli Asieche.

Overall, Sofapaka carry the advantage over Mathare having won 11 of the 21 meetings they have had since 2009, losing four and drawing six.

This will be a confidence boost for Batoto ba Mungu who are also looking to chase for this season’s Kenyan Premier League crown. Sofapaka are second in the standings with 48 points, four behind leaders Gor Mahia.

A win will bridge that gap and keep the chase alive towards a second ever league crown.

Sofapaka come into the tie with a good record in the past five games, winning three and drawing two while fifth placed Mathare have won only once, losing two and drawing a similar number.