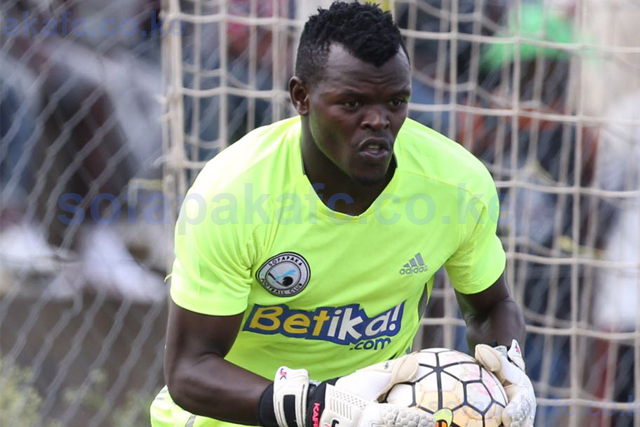 After an impressive second season in the Kenyan Premier League (KPL) with Sofapaka that saw him included in the KPL AllStars team that faced Spanish second tier sides Cordoba and Sevilla Atletico, Mathias Kigonya has received offers from second division sides in Europe.

The 21 year old left no doubts at all to his future at Sofapaka saying, “Sofapaka is a stepping stone and though has been home, its not permanent. If other clubs even from abroad, show interest in me, then I will heed the call.”  He added.

“Different teams from different countries have expressed their interest in me, one in Holland and the other in Spain both in the Eerste Divisie and Segunda Division”.

He still feels that he has a lot left to offer before he calls it quits especially for his national team where he has made made four appearances, two as a substitute.

In 2016, the keeper featured for Uganda at CHAN 2016, and he hopes to eventually replace a fellow keeper Dennis Onyango of Mamelodi Sundowns, who is approaching the latter stages of his career at the age of 32.