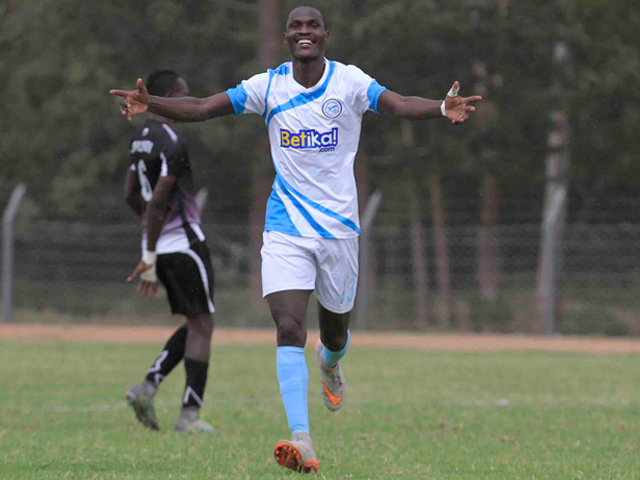 Red-hot Kenyan Premier League (KPL) title contenders Sofapaka maintained the six-point gap they had bridged with table-toppers Gor Mahia going into the weekend fixtures after they blitzed Chemelil Sugar 4-1 at Narok Stadium.
Gor had taken an overnight nine-point lead following their 4-0 annihilation of Nzoia Sugar in Kisumu on Saturday before Batoto Ba Mungu reduced  it to six points following the thumping win over hapless Chemelil.
Sofapaka were leaving nothing to chance in keeping their title race alive and consolidate their second spot on the log with Ugandan Umaru Kasumba scoring a brace while Ezekiel Okare and Rodgers Aloro contributed a goal each.
By scoring twice to increase his tally to eight goals, Kasumba is a apparently living up to his promise of overtaking KPL top marksman Stephen Waruru of Ulinzi Stars (11 goals) in pursuit of the 2017 Golden Boot Award.
“As I said before, I have set certain bench marks one of which is being at the top of the score chart at the end of the season. I will continue scoring as long as I will be fielded. I must thank my fellow players for their input because were it not for them I would not be scoring,” said Kasumba after the match.
Speaking separately Sofapaka deputy coach John Baraza lauded the players for a job well done but noted that the score line would have been bigger had the strikers taken their chances.
“I must say we dominated this match but came short of winning it by more than four goals. At this rate, we are in a position of winning more comprehensively in future matches,” said Baraza.