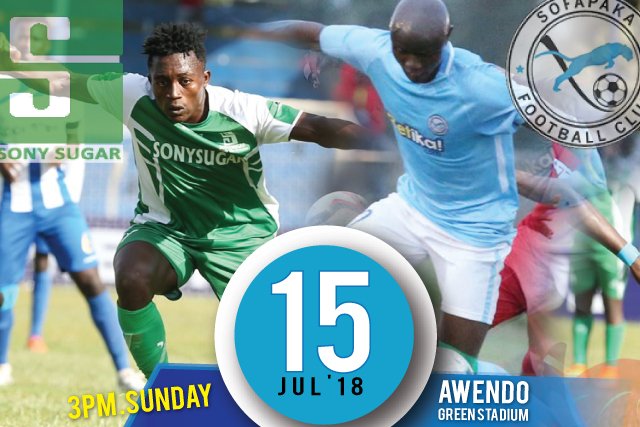 Sofapaka coach John Baraza is keen to break the duck against a stubborn Sony Sugar side as they clash in a crucial Kenyan Premier League match at Awendo Green Stadium on Sunday afternoon.

The sugar millers have been have always been a hard nut to crack for Sofapaka, enjoying a better head to head record in their last three meetings, but Baraza believes this time they stand no chance.

“We are in high spirits and treating every match as a final at the moment. Sony has always been a tough side for us, but this time we are going for nothing less than a win,” Baraza said.

The 2009 champions will be without the services of midfielder Mohammed Kalume who suffered a knock during the team’s final training yesterday, is the only doubt for the match.

“Only Kilume is a doubt for the match, otherwise we are a full house. Ibrahim Kitawi is back and new signing Mico Justin will be available for selection,” said Baraza.

Sofapaka who are second on the league table, will be keen to further close the gap on leaders Gor Mahia as they currently trail them by nine points, but a win in Awendo will reduce the gap to six points.

Sony on the other hand are fighting relegation as they are placed 16th in a league of 18 teams.