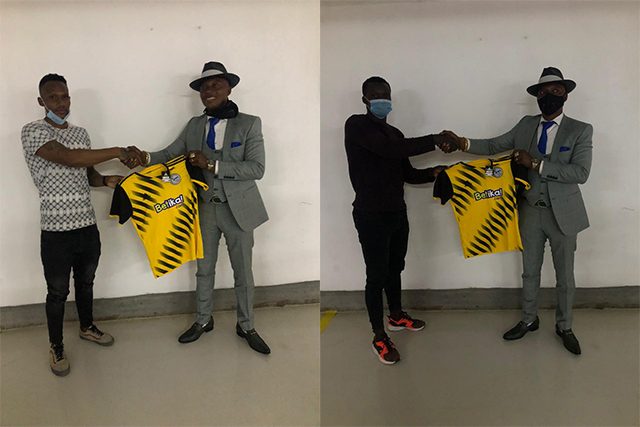 The duo have both signed a deal with the 2009 champions that will see them stay at the club for the next two years.

Okal 24, a former product of Laiser Hill High School who caught the eyes of many league clubs when he represented his school at the national championships, is seen as a direct replacement of Cercidy ‘Carrick’ Okeyo whose contract with Sofapaka elapsed and he landed an opportunity in the Middle East.

Okal who apart from playing for Mathare United, has also had stints with Ushuru and a Greek lower league side, can play both as defensive or offensive midfielder.

Omondi on the other hand will be replacing Ugandan national Nicholas Sebwato who has parted ways with the team after his contract ran out, but he has to fight for a first team position against Richard Aimo and Isaiah Wakasala.

Omondi who arrives from big spenders Wazito, previously had a stint with Sony Sugar.