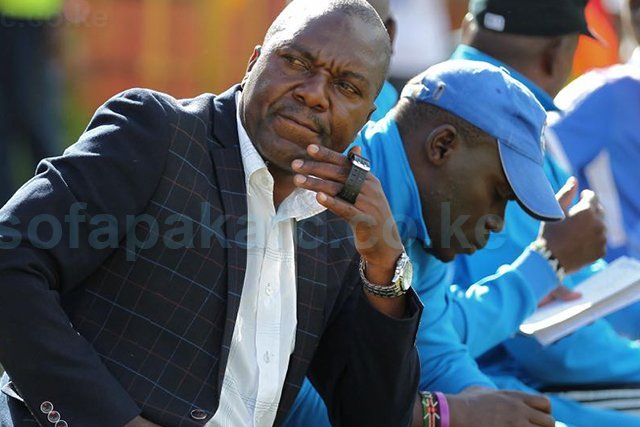 Ugandan tactician, Sam Ssimbwa has resigned as Sofapaka coach,  The tactician threw in the towel following a humiliating 2-1 lose to lowly ranked Thika United in a Kenyan Premier League match on Sunday during the away match played at Thika Stadium.

Thika United staged a come-back to down Batoto Ba Mungu, it was Sofapaka’s second consecutive loss after Wednesday’s 0-1 loss to Nzoia Sugar in Ruraka.

“Thank you for the support you gave me during my time here, I am heading to Kampala. I wish you all the best for the remainder of the season, “Ssimbwa told a handful of supporters after the match.

When reached for a comment, the Ugandan neither denied nor confirmed the news saying he’s not in right state to speak.

“I will speak on this matter next Tuesday, for now, I want to rest first, ” he said.