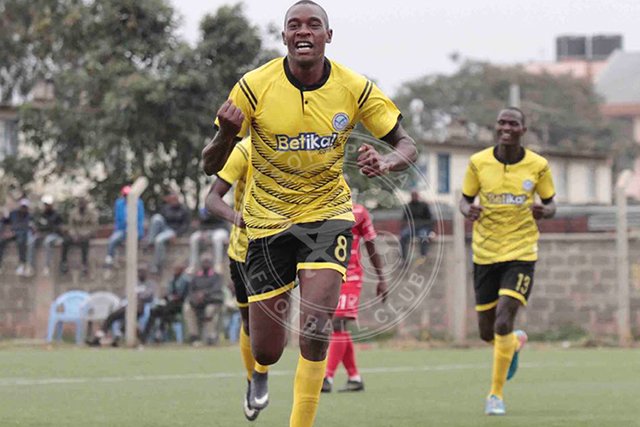 Sofapaka coach John Baraza believes that the team can go all the way and win the Shield competition after knocking out rivals Tusker to reach the last four in the competition.
The former striker that turned coach is happy to have beaten his former coach and mentor Robert Matano who was in charge of the brewers when Sofapaka beat them 2-1 in a thrilling encounter in Machakos on Sunday.
“We have a realistic chance of going all the way to win the competition and represent the country in the CAF Confederation Cup next season,” said Baraza.
He is, however, not expecting an easy path to the title, despite the absence of giants Tusker and Gor Mahia who were knocked out on the same day.
Gor were stunned 4-2 on postmatch penalties by Kariobangi Sharks to end their dream of a treble. Other two teams remaining in the competition are Ulinzi and defending champions AFC Leopards.
“ Gor and Tusker could be out of the competition but that doesn’t mean that the remaining teams are going to be a walk in the park. All the teams are tough and that is why they have reached this level, so we just have to prepare well and avoid any laxities,” Baraza said.
A Shield win for Sofapaka would act as a consolation for Sofapaka after missing on the league title which has already been won by Gor Mahia.