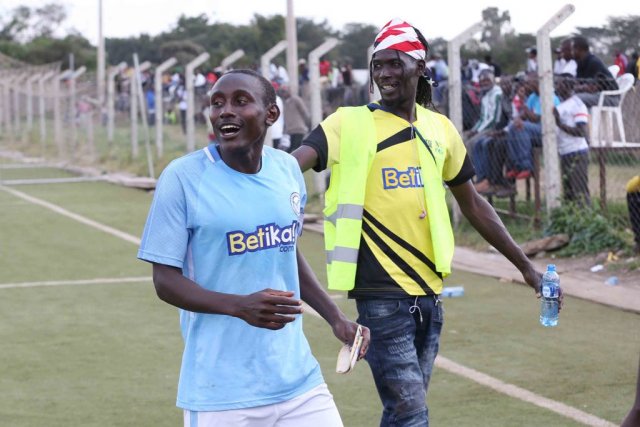 Sofapaka FC captain Stephen Waruru says he is happy with how the team is shaping up in pre-season ahead of the league’s kick off next week.
The forward says the new players brought on board and the new boss Melis Medo have brought in a feel good factor around the team and he feels they are gelling well and will be a solid team by the time they are playing their first match of the new season on December 8 against Mt. Kenya United.
“So far so good. Everyone is working hard in training and you can see from the players that they really want to get fit and ready for the new campaign,” Waruru said.
He added; “The new players have definitely added some strength into the team and now the depth is more. We are going into a very tough compressed season and for you to compete, you need enough depth.”
The 2009 league champions will step up their preparations for the new season with a friendly match against Waruru’s former employers Ulinzi Stars on Thursday morning at the Ruiru Stadium turf.