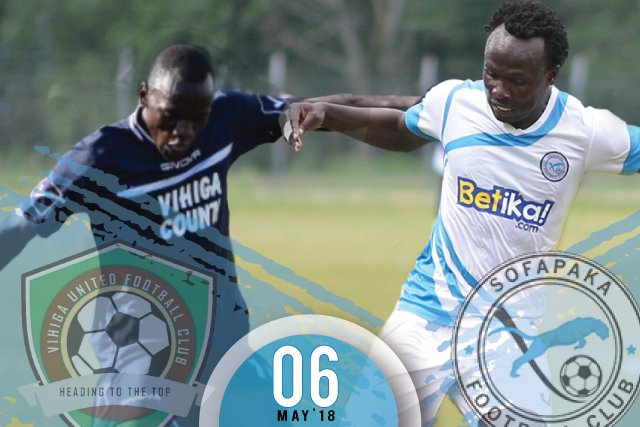 Since they lost 1-0 to Kenyan Premier League (KPL) new freebies Wazito FC last weekend, Sofapaka have been burning themidnight oil trying to make amends to restore confidence of their fans.

For Batoto Ba Mungu, nothing short of victory over Vihiga United at Mumias Complex on Sunday will appease their fans who have been deprived of success ever since the team last won the KPL title in 2008.

That said, the team’s interim coach John Baraza believes it was just a stroke of ill luck that resulted into their ignominious defeat at the hands of Wazito who by and large are considered nondescripts in the top-flight league.

“The team played well but obviously, there are some grey areas which need rectification. All in all, I urge Sofapaka fans not to read too much into the weekend results since there is still room for improvement going forward,”quipped Baraza.

Sofapaka who have blown hot and cold since the start of the season can rest easy in that Vihiga United defence seem vulnerable lately which is why front-liners like Kepha Aswani, Umaru Kasumba and Stephen Waruru should seize on the opportunity to pump in goals for the limping Batoto Ba Mungu.

However, that should not be misconstrued to mean that it will be an easy match for Sofapaka who should go at all stops to stop dangerous Vihiga players among them Chris Masinza and Chris Okwemba.

In a nutshell, these are the players Sofapaka should give tight police marking and especially to shield goalkeeper Mathias Kigonya from conceding goals.

In the meantime, football fans in Western Kenya are planning to fill the Mumias Complex to the brim in the match which could create an intimidating atmosphere for Sofapaka.