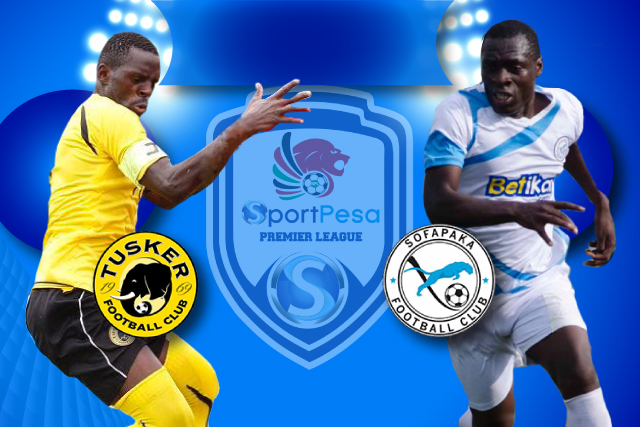 With Gor Mahia having been declared the 2017 Kenyan Premier League (KPL) champions, the penultimate matches involving Sofapaka, Tusker and Posta Rangers this weekend might just give a clue as to which among the three teams stand to wind up second in the league.

While Sofapaka will be aiming for the scalp of last year’s champions Tusker in Ruaraka on Saturday, Rangers will come face to face with relegation-battling Western Stima at the Moi Stadium in Kisumu.

But, certainly, the match between Sofapaka and Tusker is the main highlight for the simple reason that it will bring together battle-hardened sides which have previously won the KPL title unlike Rangers and Stima.

In the league statistics, Rangers occupy the second position with 50 points followed by Tusker who have a similar tally but with an inferior goal difference, as Sofapaka lie fourth with 49 points.

Despite being placed behind Rangers and Tusker in the top-tier league’s pecking order, Sofapaka have boldly declared that they are ready to risk life and limb to grab the runners-up slot.

Sofapaka Deputy coach John Baraza who is holding brief for the team’s senior tactician Sam Ssimbwa, who is in Uganda after attending a relative’s burial, believes Batoto Ba Mungu has the firepower to stop Tusker in their quest for a second position in the league.

“I have the players with the requisite experience to grind good results in Ruaraka. What I want is total concentration for all the players I will field in this particular match. There are no two ways about it,” observed Baraza.

The team’s Technical Director Martin Ndagano has downplayed home advantage by Tusker, saying he does not think Batoto Ba Mungu will be overawed, by playing before the brewers fans.

“Football dynamics have changed and home ground advantage doesn’t count much. Remember, Tusker lost to Thika United in Ruaraka last week and I fail to see why Sofapaka should not administer the same dose to them,” remarked Ndagano.

He added, ”Obviously, we expect a tough match but Tusker should better be warned that Sofapaka are prepared to make life very difficult for them on the pitch,”

For Sofapaka, the good news is that the team’s red-hot striker Umaru Kasumba has recovered from an injury and is a probable starter in the showdown against Tusker.

Kasumba, who was in his native Uganda for treatment, trained with the team yesterday at Ruiru Stadium in anticipation for the match and will most likely partner either Ali Feni or Ezekiel Okare in search of goals.

Sofapaka have temporarily shifted their training to Ruiru from Eastleigh High School ground which has been rendered unplayable due to the ongoing rains in Nairobi.