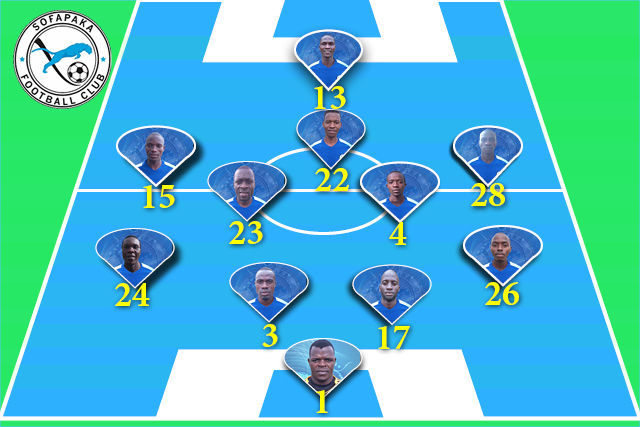 Sofapaka FC and Tusker FC have each named their respective starting lineups that will clash in a Round of 33 league match at the Ruaraka Grounds on Saturday November 11.

Sofapaka have breathed a sigh of relief after welcoming back their top scorer Umaru Kasumba who missed the previous two games due to an injury. The Ugandan will lead his side in attack with assistance from Brian Magonya and Mohamed Kilume, who is making a comeback following the one-match ban.

Tusker FC (2016) kpl title champions are grappling with injury issues and will miss Michael Khamati, Allan Wanga, Hashim Sempala, Jackson Macharia and Martin Kizza for Saturday’s match. Their keeper  David Ochieng will be absent on a compassionate leave while their captain James Situma, will be out due to suspension.

Rookie custodian Bryne Omondi has found a spot in the match day squad, as a result and will start from the bench, assisting David Okello while defender David Mwangi also makes it into the substitutes bench.