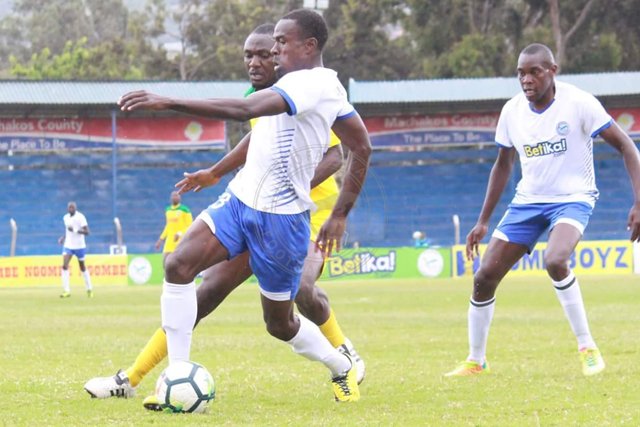 Sofapaka coach John Baraza has defended the use of Willis Ouma as a central defender in the current league campaign.

Ouma who was signed from Chemelil Sugar last season and deployed as a right full back by former coach Sam Ssimbwa, is currently used in central defence by Baraza where he is partnering Burundi international Mousa Omar and the coach seems satisfied with the new combination.

Initially, Ugandan international Rodgers Aloro who was preferred at the central defence, has since been deployed to the right full back position.

Naturally, Ouma is a central defender and he gives his best at that position compared to the full back position and I am fully satisfied with his partnership with Omar,” said Baraza.

New signing Dennis Odhiambo who joined from Thika United is currently preferred on the left full back position, completing the back four line up.