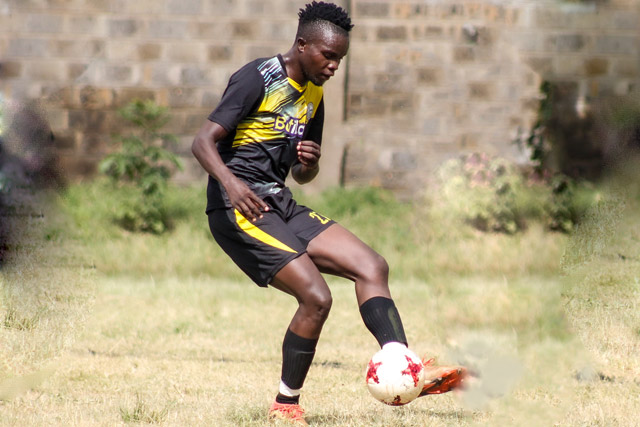 Ahead of Nairobi City Stars match, Sofapaka will welcome young defender Stephen Okola after a six week long lay off.

Okola who sustained an ankle injury has missed six matches into the new season, he speaks on his injury and road to recovery.

On the injury sustained
I picked up the injury during our preseason preparations that made me miss out on the first match of the season away in Mombasa but lucky enough I recovered on time for Kariobangi Sharks tie. The coach gave me a starting role in the match but just after five minutes into the match sadly the unexpected happened, while battling for the ball, Sharks forward Erick Kapaito landed on the just recovered ankle leading to my withdrawal in the game.

On his journey to recovery.
It has been such a difficult period for me because as a player you desire to play every week. Frustrating yes it has been because of being on and off the pitch, especially for me who worked hard to break into the first team from the youth team.

My journey to recovery has been incredible though long but good it has been. The past six weeks really shaped me in so many ways. During this period, I developed a strong mentality to face such situations and a special mention to the team physio one Ambrose Oriko who’s really played a huge role in my recovery.

On your feeling having recovered.
It feels good to be back and to reunite with the team, I look forward to battle it out with my teammates and win matches together.

Okola will be available for selection when we take on Nairobi City Stars on Saturday.