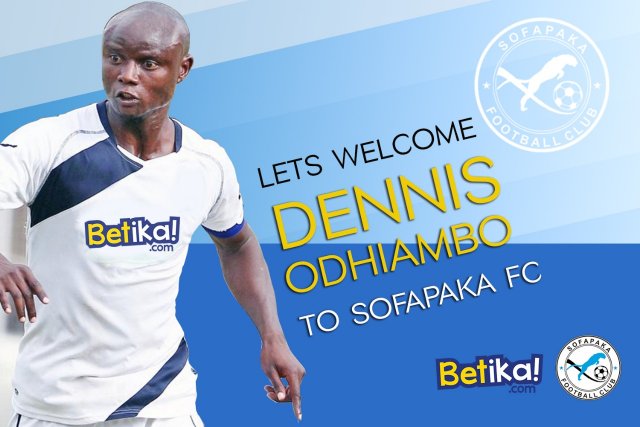 International player Dennis Odhiambo is happy to have completed a dream move to former Kenyan Premier League (KPL) champions Sofapaka in a deal that would see him stay at the team for the next two years.
Odhiambo joins from Thika United where he spent a record 10-years, has never played for any league side in his career, apart from Thika United and believes joining last seasons league runners-up would offer a new challenge for him, but he was more than ready for the challenge.
“Sofapaka is a big team and currently doing well in the league. It’s going to be a good challenge for me, because I have never played for any other team apart from Thika United who picked my from School Games a decade ago while I was playing for Manor House,” said Odhiambo.
The utility player will have to fight for a starting place against Rodgers Aloro, Humphrey Okoti, Willis Ouma and Yusuf Mohammed. “At Thika I used to play as either a holding midfielder or left full
back and at national team Harambee Stars I play as a left full back, however, I can play at any position the coach wants me to play and I will give it my best,” said the experienced player.