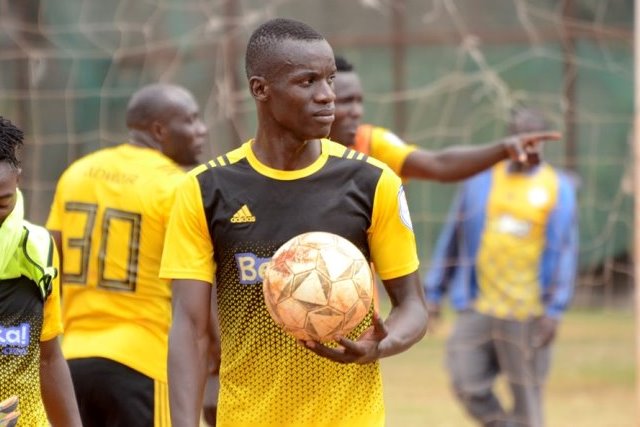 Sofapaka FC forward Brian Nyakan says he wants to score double digit goals this season after finally getting off the mark with a brace in last weekend’s 4-0 win over Chemelil Sugar in Narok. Nyakan who is in his second stint at Sofapaka believes he is up to the task.

“It was such a joy and relief to score because I had worked so much for it. That is just the start and I would want to keep on scoring. I want to score double digits and I believe I can basing on how I am working in training,” stated Nyakan.

He looks forward to adding his tally against Tusker FCon Saturday though he recons it will be a difficult game.

“They are a very good and experienced team and it won’t be easy for us. But we played them in pre-season and we know what they are about. We want to continue with the winning run to maintain ourselves in the top five and a win against Tusker will be a big boost for us,” he said.

The forward added; “As a team we have gelled now because many of us were new and now, we have a more solid unit. It will be hard to break us down.”

Nyakan previously played for Sofapaka in 2016 where he scored four goals.