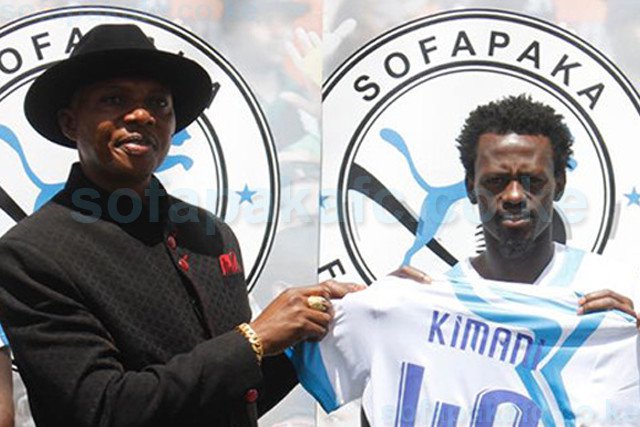 Sofapaka’s latest signing in midfield dynamo Kevin Kimani is desirous to help the team reclaim the title that has eluded the team since 2009.

Kimani said in no uncertain terms that he is at Batoto Ba Mungu to add impetus in the team’s playing format although he reckons that it won’t be easy due to the competition in various positions including midfield.

“I have traversed various teams and have the experience but I do not expect things to be any easy for me since there is great depth in Sofapaka. In other words, I have to work extremely hard to win the trust of the team handlers and get a starting position,” said Kimani.

The central midfielder is deemed by many as a potential vital cog in Sofapaka’s midfield but downplays this observation.

‘I’m just an ordinary player but what is most important is the support I will get from my teammates. This is the bottom line going forward and if we achieve that, Sofapaka is destined for good tidings including winning the league,” said Kimani who was among the 12 new players Sofapaka unveiled at Eastleigh High School on Thursday.

He then left Kenyan football and proceeded to Belgium in 2012 where he joined Third Division side Bocholter.

Kimani was then lured by Greek club Fostiras making nine appearances and later headed to Jomo Cosmos of South Africa before relocating to Kenya where he joined Tusker then AFC Leopards.

In 2017, after only a few weeks at Leopards, Kimani joined Saudi Arabia First Division side Al Hazam and terminated his contract with the team on June 4.

Sofapaka coach Sam Ssimbwa described Kimani as a talented player but was quick to add that he needs the right training to be in the right cord.

“He is a player every coach would wish to have in his squad and if he can demonstrate what we will teach him, he will be up there in terms of standards,” said Ssimbwa.