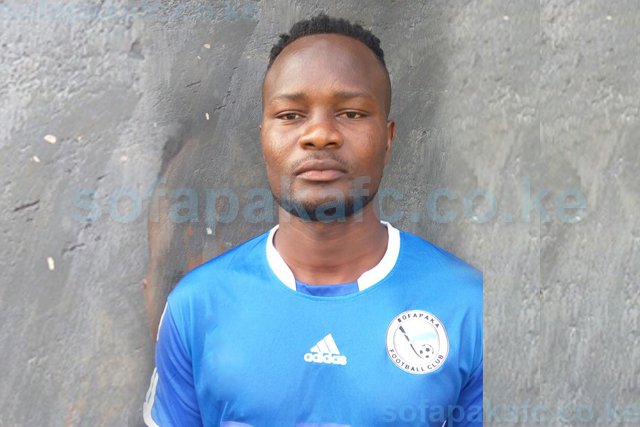 Sofapaka’s new left back Yusuf Mohammed has urged the club’s faithful not to judge his by his background in which his former team Muhoroni Youth was relegated from the Kenyan Premier League (KPL).

The swashbuckling defender said he believes he gave his all at Muhoroni Youth, hence the decision by Sofapaka Head Coach Sam Ssimbwa and his deputy John Baraza to bring him on board at Batoto Ba Mungu.

“Muhoroni Youth may have been relegated but that does not mean there were no good players in the team. It was a great honor to having been signed by Sofapaka and I want to reciprocate it with a good performance,” said Mohammed who will be celebrating his 24thbirthday on July 24, 2018.

The highly disciplined player said his burning ambition is to steal the limelight at Sofapaka to be called up to the national team Harambee Stars.

“I have been craving to don the national team colours and I think shining at Sofapaka FC will provide such opportunity. I only hope that the team officials will give me chance to show just what stuff I’m made of,” said Yusuf. To the fans, u urge them to support us and we’ll not let them down,” quipped Yusuf.

Indeed, Sofapaka technical bench officials were not ill-advised in enlisting the services of Yusuf as he formed an almost water-tight Muhoroni Youth’s backline together with Paul Muchika and Jacob Faina.

Yusuf is a former student of Kochia High School in Homabay County where he completed his O-Level education in 2011.

While at Kochia, he was involved in the off-season Alila Tournament with Homa Bay Allstars after which he was roped in by Muhoroni Youth.

In the meantime, Yusuf has urged Muhoroni Youth to strive to regain admission to the KPL.

“I think it was just a stroke of ill-luck that Muhoroni Youth were demoted to the National Super League.  For sure, Muhoroni is not a material for the second tier Kenyan league and I’m optimistic that they will revisit the big-time league next year,”

Yusuf joined Sofapaka after the expiry of his two-year contract with Muhoroni Youth.